It officially looks and feels like fall in the Land of 10,000 Lakes, so I'm spending time on the trails with Explore Minnesota. We're going to Glendalough State Park to hike Annie Battle Lake Trail. Afterwards, we're venturing through Otter Tail County for the perfect fall weekend.

Ah… is that you, fall? That golden foliage, crisp air and all the pumpkin spice smells of autumnal paradise. Oh, how I’ve missed you. It truly feels like fall is officially here and I’m so glad I soaked it all in while visiting Glendalough State Park. To sum it all up, I had the perfect fall getaway in Otter Tail County and that is not an understatement. It’s easy to #FindYourInnerOtter with so much to see, do and eat in this west central Minnesota county.

Glendalough State Park’s fall colors are currently at 50 to 75 percent which made for a lovely fall hike around Annie Battle Lake Trail. It’s one of 10 fall hiking trails featured in Explore Minnesota’s Hike MN campaign this year. 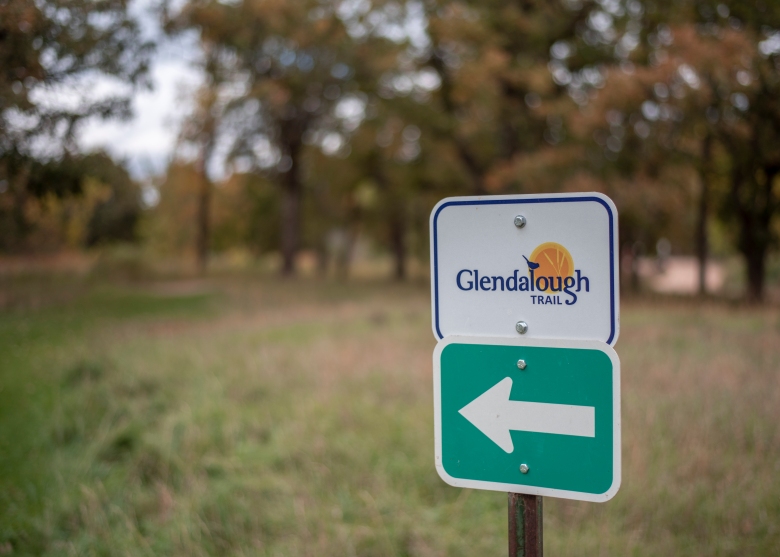 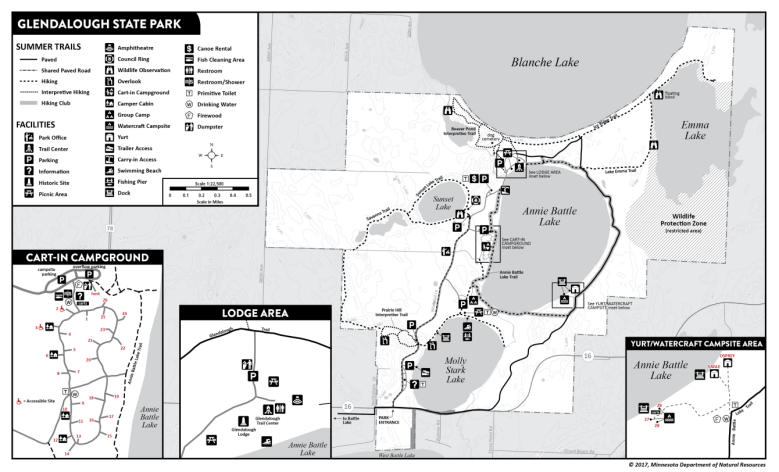 Nick, Kiwi and I hiked Annie Battle Lake Trail. It was an easy but gorgeous hike at 3.3 miles, but a bit much for the little Kiwers who got tired after about a mile. We carried her the rest of the way :). The trail surrounds beautiful Annie Battle Lake which is super clean and pristine. There’s even a sand beach along the way if you wanted to stop and enjoy the scene. We saw plenty of deer tracks pressed into the sand. The hardwood trees that surround the lake are all golden, orange and red tones. The trail begins and ends at the trail center and varies from hard-packed gravel to grass. There’s also a bike trail and a bike rental center right near the trailhead if you’re interested in exploring by wheels.

OTHER THINGS TO DO AT GLENDALOUGH STATE PARK

We ended up camping at Glendalough State Park in the Lil Hotdish. They actually opened the one RV site for a limited time because the park attendant who stays onsight was off for the season. That being said, there are also two yurts, four cabins, 22 cart-in campsites, three canoe sites and one group campsite.

Like I mentioned, there is a bike rental place onsite called Galloping Goose Rentals. The folks there rent out bicycles, multi-passenger surreys, tandem bikes, and watercraft rentals of all kinds. We rented a rowboat to go fishing on Annie Battle Lake and ended up catching and releasing quite a few fish! Because the lake is a Heritage Fishery, there are no motors allowed. All largemouth, smallmouth and northerns are catch-and-release. There’s a limit of five for crappies and sunfish.

Be sure to visit the restored historic Glendalough lodge on the north side of the lake. You’ll learn about the park’s history as a private retreat and game farm for the Minneapolis Tribune. 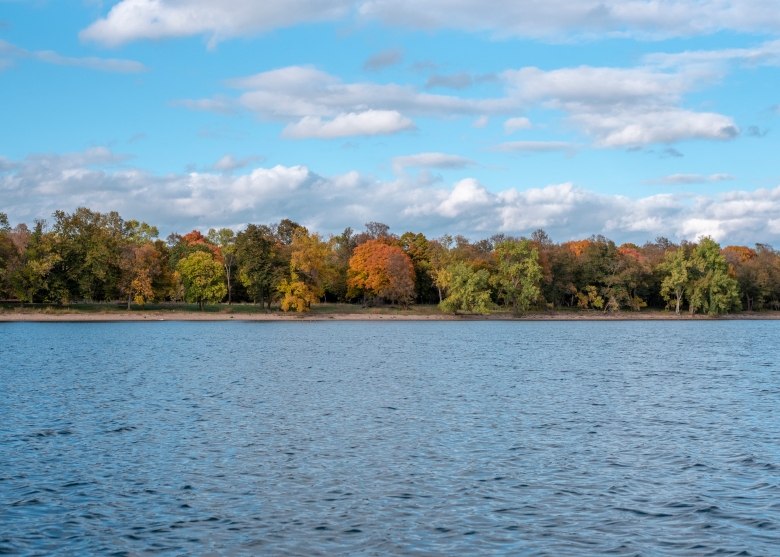 One of our first stops was Ben’s Bait Shop in Battle Lake. We picked up a few minnows, crawlers and some new tackle for our weekend. Bennet, who owns the bait shop, greeted us upon our arrival and told us a little bit about the local fishing. We ultimately ended up just doing catch and release at Annie Battle Lake, which was very fun! 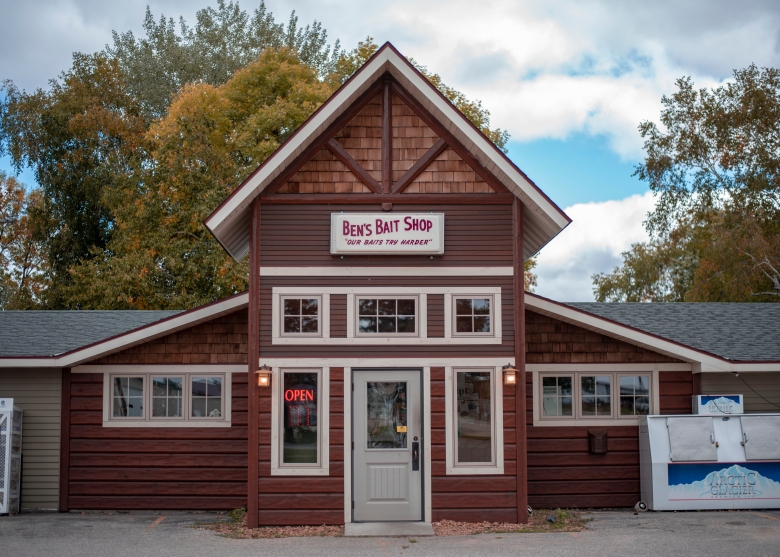 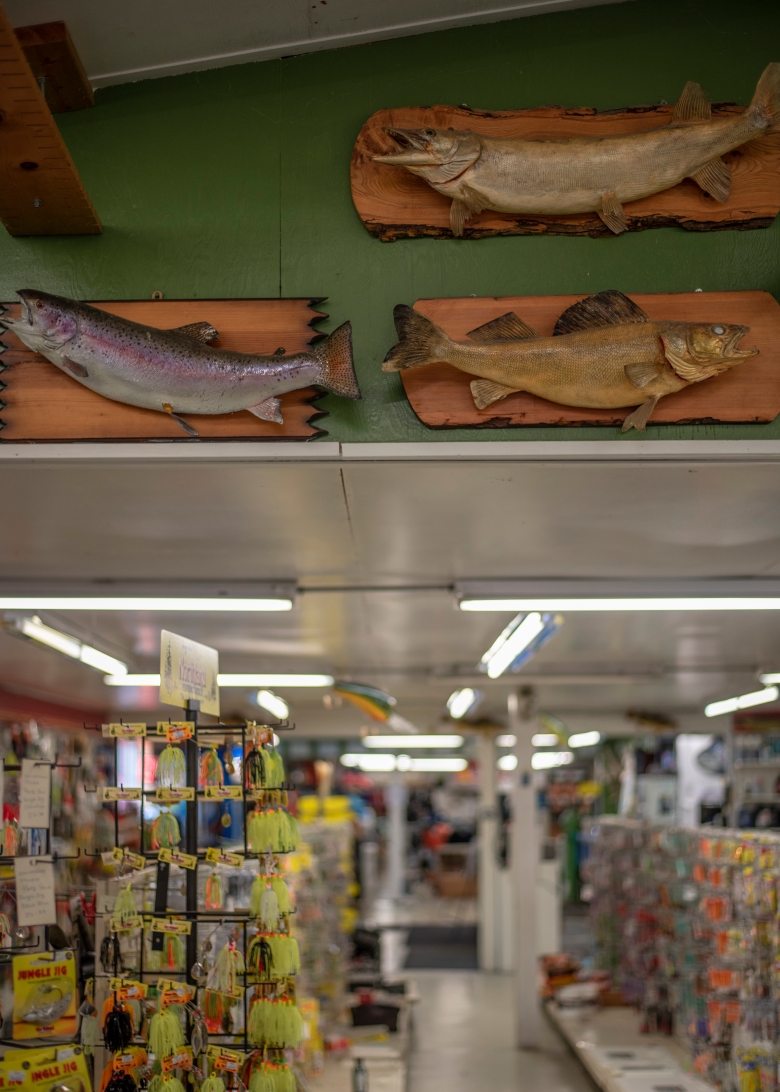 No fall weekend is complete without a corn maze. We had a blast visiting Otter Berry Farm in Rush Lake. The farm is known for its fresh and delicious strawberries, raspberries and around this time of year — pumpkins. And the first time, they designed a corn maze this fall! Take a look at the design below, complete with the official Otter Tail Co. otter logo.

What makes this corn maze unique is the interactive trivia as you journey through the different routes. There’s also a GPS you can use on your phone to help guide you on your way. The grounds are scattered with a colorful array of pumpkins, squash and gourds. Kids will also love the farm animals, giant tractors, a corn pit and even a mini straw maze for the younger kids. Otter Berry Farm is open through October 28th so be sure to check them out this fall. 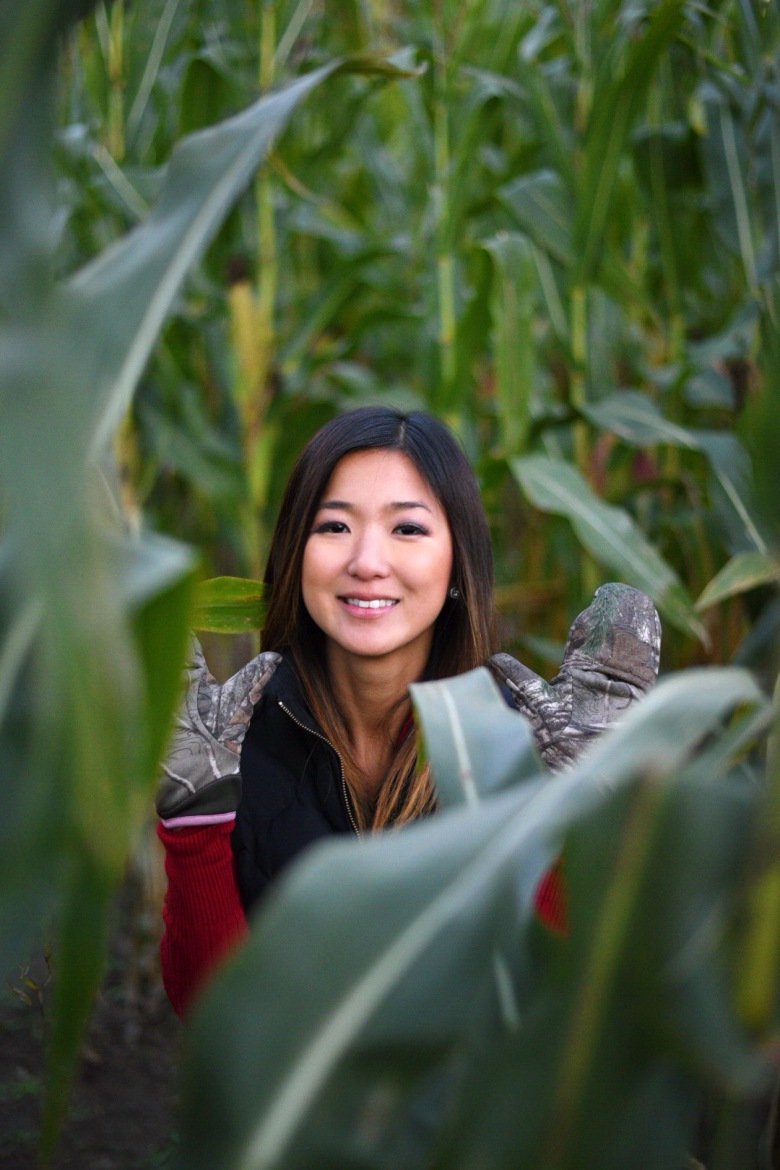 My favorite part about exploring small cities and towns is discovering the local food scene. We originally wanted to go to Smackin’ Cakes in Battle Lake where they serve cookie dough. If you know my husband Nick, you know that he is a cookie dough connoisseur. Unfortunately, they were closed for the season, but the same owners operate The Rusty Nail Burger & Beer Bar. After our long day of hiking and adventuring, we were famished. So I went for the PB&J burger, tortilla soup and cheese balls. The burger and soup were awesome. The first bite of cheese ball was fantastic but boy, I was already super stuffed after that one cheese ball. It’s definitely an appetizer you want to share with a crowd. Overall, a fun atmosphere with good food and lots of beer choices on tap. The next morning was such a treat. We visited The Williams Company Store for some coffee and breakfast. It’s a super cute gift shop with a lot of unique and memorable products, really good coffee and deli. I got an americano with whipped cream and a Log Cabin Breakfast Sandwich which is a croissant roll with smoked turkey, swiss cheese, bacon, cranberry sauce and maple syrup — sooo good.

If you have a free weekend this fall, consider visiting Otter Tail County and know that you’re going to have plenty to do and see. You could probably spend a whole day at Glendalough State Park and the rest of the weekend visiting the local scene. If we had more time, I also wanted to stop at:

My next hiking trip will be in Owatanna at Kaplan’s Wood Park. I love checking out cities and trails I haven’t tried before!

Also, be sure to enter the Hike MN Sweepstakes sponsored by Explore Minnesota. It runs from September 5 – October 21, 2018 with a chance to win Minnesota getaways and gift cards for Mall of America and Minnesota State Parks.

A big thank you to @exploreminnesota for inviting me to explore Minnesota’s hiking trails this fall.